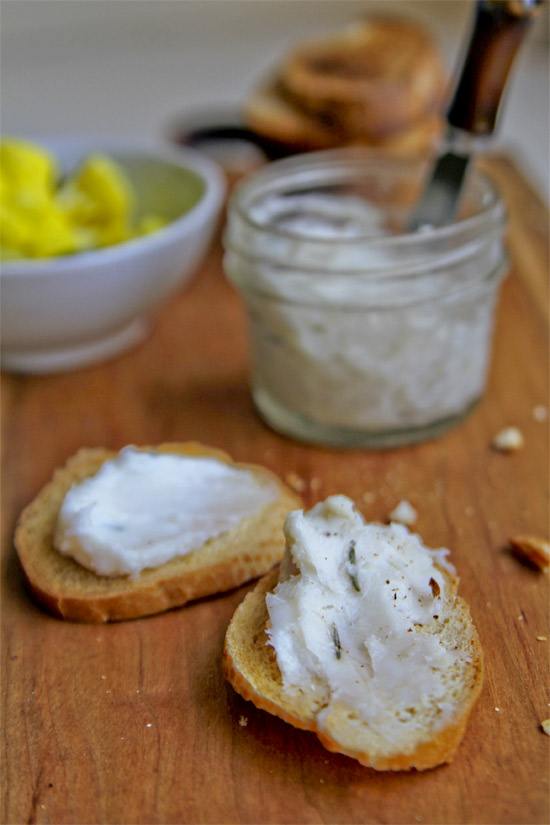 Lard used to be a staple in kitchen, but for decades it’s been shunned due to fears that saturated animal fat increases risk for cardiovascular disease.  Recent  studies have casted doubt on this claim and we’re reading more  articles about lard and seeing more on menus of restaurants.  We are not nutritionists and while the jury is still out, on the health effects of lard, we know what what tastes good and more importantly, how to enjoy things in moderation. So there’s no reason why to cut out lard completely from our diet.  That’s how we rationalize enjoying one of our favorite spreads ever, whipped lardo.  Lardo is Italian salumi of salt cured fat but the spread version we had, while sharing the same name is slightly different. While in Las Vegas at Mario Batali’s steakhouse Carnevino, we were served warm bread with whipped lardo.  It was the most flavorful spread we’ve ever tasted and over warm bread, its something we dreamt about for days.

So we searched the internet for a reliable recipe.  There are many salumi style lardo recipes but only few whipped lardo spread recipes. They ranged from rendering pork fat back to whipping uncooked pork fat back and curing it with salt and spices.  Luckily we stumbled upon TheGastroGnome’s recipe which apparently comes from a chef that learned from the famed Italian butcher Dario Cecchini.  She also had a similar obsession and rendered and cured mounds of lard to recreate it.  Her recipe is a  super simple one and doesn’t require any actual salumi lardo or cooking at all!  And it turned out spectacular,  just like what we had at Mario Batali’s Carnevino.  Essentially, you’re grinding uncooked pork fat and seasoning with spices.  We know, it sounds weird, but it tasted wonderful!  If you’re wondering why we’ve fallen in love with whipped lardo, this quote from TheGastroGnome couldn’t be written any better: “So what is the whipped lardo like? Like butter on overdrive, like meat in cream form, like flavor that is at once so simple and so complex that you must have another bite to figure out which one it is.” 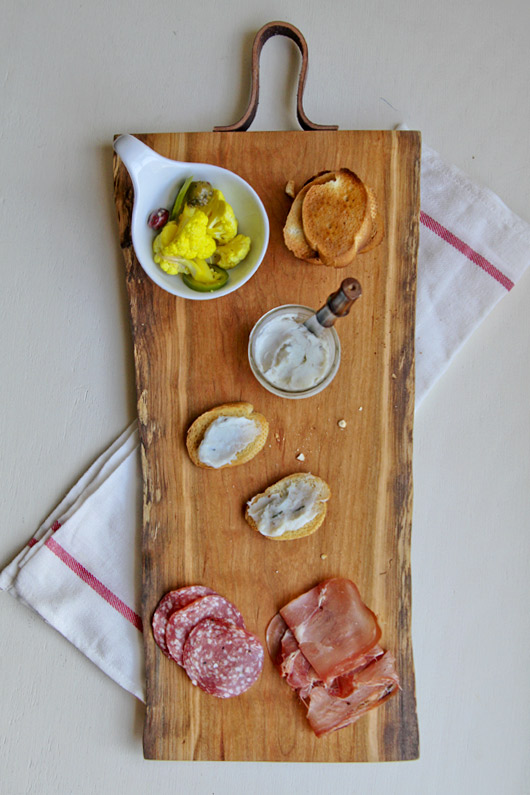 The key to the recipe is obtaining quality pastured pork fat. Don’t attempt to make this with commercial pork fat or the lard at the grocery store.  Ask your butcher or check your farmers market for pastured pork back fat or leaf lard which is the fat around the pig’s kidneys.  This may take some sleuthing on your part, but it’s worth it as pork back fat is pretty cheap. Another key is the recipe is  salt, preferably kosher or sea salt.  While the recipe doesn’t state an amount we started off with 1/2 ts and continued to add small amount at a time and tasted.  You can use any spice for flavoring. Rosemary is used here, but since lard is flavor neutral, it takes up any spice flavoring well. Make lavender, fennel, coriander lardo, the possibilities are endless!  She uses a meat grinder, but we think using a processor to blend the fat and then working the spices in with your hands will work as well. 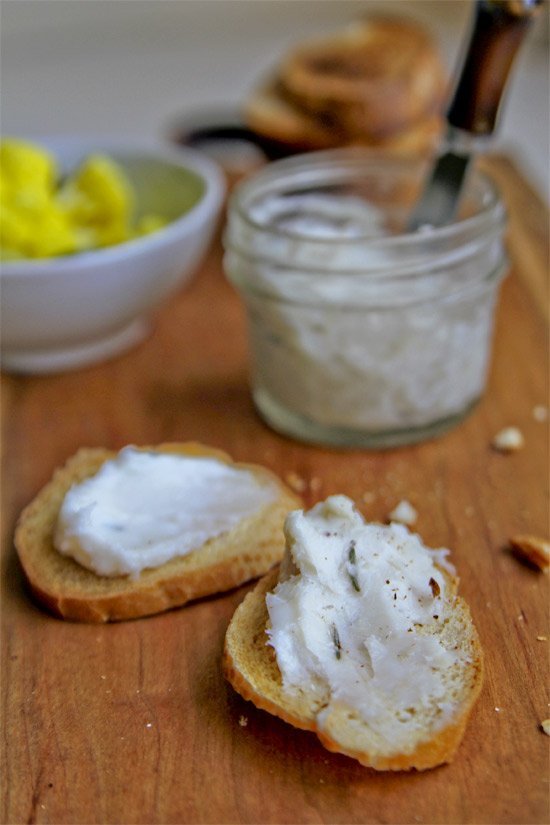 The recipe calls for grinding the fat through a meat grinder, if that's available, cube the fat into 1 inch pieces and use the food processor. The key is season with salt as you go. Start with 1/2 teaspoon and add more to taste. Store in a air tight jar in the refrigerator which lasts for at least a month, and frozen even longer.
Print Recipe Pin Recipe
Course: condiments
Cuisine: Italian
Keyword: Lardo
Calories: 1370kcal