Bánh nậm is often called the Vietnamese tamale and it’s similarities to the Latin American treat are remarkable. Both are rectangular dumplings filled with meat and then wrapped and steamed. Tamales dumplings are typically corn flour but can also be rice flour just like bánh nậm, Tamales are often wrapped in corn husks but the more south you go towards central America, the more frequent banana leaves are used, just like bánh nậm. So its remarkable that half way around the world, two different cultures can come up with a dish that is so similar. In Hue and central Vietnam, bánh nậm is typically filled with minced pork and shrimp and these parcels can be eaten as a snack on it’s own or as a dish doused in some nuoc cham.

We’ve eaten it many times but suprisingly we haven’t made it ourselves. The process is very similar to banh gio, but for this recipe, we enlisted instagrammer Kris @rasianbran who makes some of the best looking bánh nậm on the gram and she happily shared her recipe.

The recipe itself is easy but does take some planning and procuring some special ingredients, namely banana leaves which are commonly found in the frozen section of well stocked Asian or Latino markets. 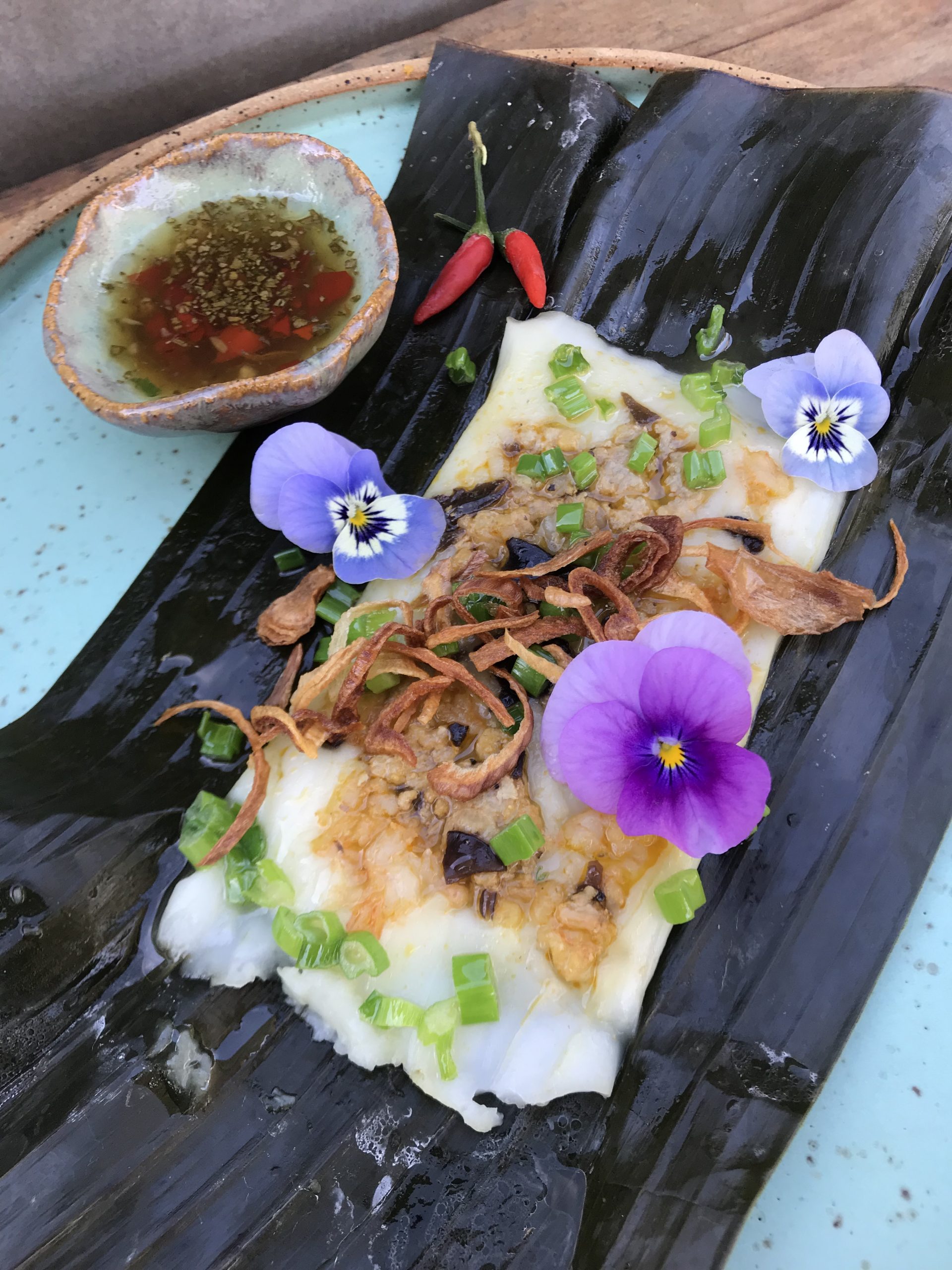 Allow the batter to cool slightly and it will be less sticky and easier to spread with silicone spatual or back of wet spoon.  Keep the batter covered to prevent drying.  To make annatto oil, steep about 2 tbs of cooking oil with 1 ts of annatto seed. Heat and stir occasionally until the oil becomes dark red color and remove from heat. Drain seeds.  Filling can be made 1 day ahead. 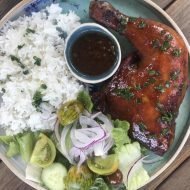 This recipe is for everyone that grew up in Little Saigon in Orange county California. Little Saigon is not a single town but expanse of suburbia that encompasses the largest and most diverse Vietnamese diaspora outside of Vietnam. The...

END_OF_DOCUMENT_TOKEN_TO_BE_REPLACED 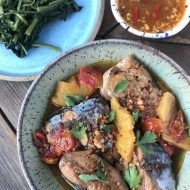 The main reason we put a pause on blogging is that these posts take time to write and edit. However, we’ve been actively posting recipes and step by step stories on Instagram. We’re going to try a new “quick”...

END_OF_DOCUMENT_TOKEN_TO_BE_REPLACED 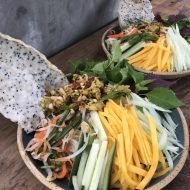 Among the things we miss most during this pandemic quarantine is not traveling (we had several international trips canceled). We miss not be able to inhale local sights, meeting new people, basking in scenery, and enjoying good food. But...

END_OF_DOCUMENT_TOKEN_TO_BE_REPLACED 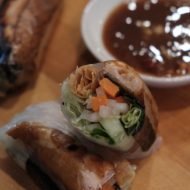 Who doesn’t love a spring roll? It’s the perfect union between vegetables and proteins bounded by sliver of carbohydrates that even the most ardent low carb fiend would approve. The typical goi cuon contains pork and shrimp, but we...

END_OF_DOCUMENT_TOKEN_TO_BE_REPLACED

When we started this blog many years ago, pho was the last thing we wanted to blog about. It’s not because we don’t love pho—we think it’s the greatest thing on earth, even better than banh mi—but it’s synonamous with...

END_OF_DOCUMENT_TOKEN_TO_BE_REPLACED 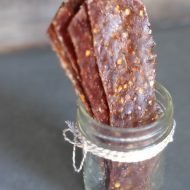 There’s really only one name in the Vietnamese beef jerky game in America and everyone knows it: Vua Kho Bo. Literally and figuratively, it’s the king of Vietnamese style beef jerky. While there are a few imitators, ask Vietnamese-American...

END_OF_DOCUMENT_TOKEN_TO_BE_REPLACED 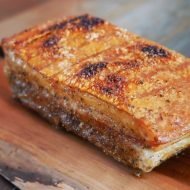 Instead of holiday leftover recipes we’re going to post a recipe that’s been sitting in our queue for quite a long time, heo quay Vietnamese roasted pork belly.  Pork belly is beloved ingredient on our blog, from braised and...

END_OF_DOCUMENT_TOKEN_TO_BE_REPLACED 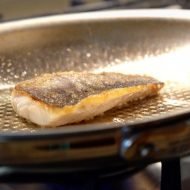 Eating a filet of fish without skin is like eating a skinless lechon or porchetta. It’s a travesty to miss out on the crispy skin and one we simply refuse to do. But it’s also a travesty to have...

END_OF_DOCUMENT_TOKEN_TO_BE_REPLACED 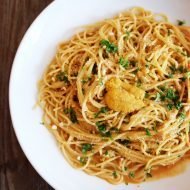 Ever since having Emi, our 2 year old daughter, blogging unfortunately has been on the back burner. While we still cook frequently, photographing the cooking in a stylistic step-by-step way for the blog has becomes almost impossible. But regardless...